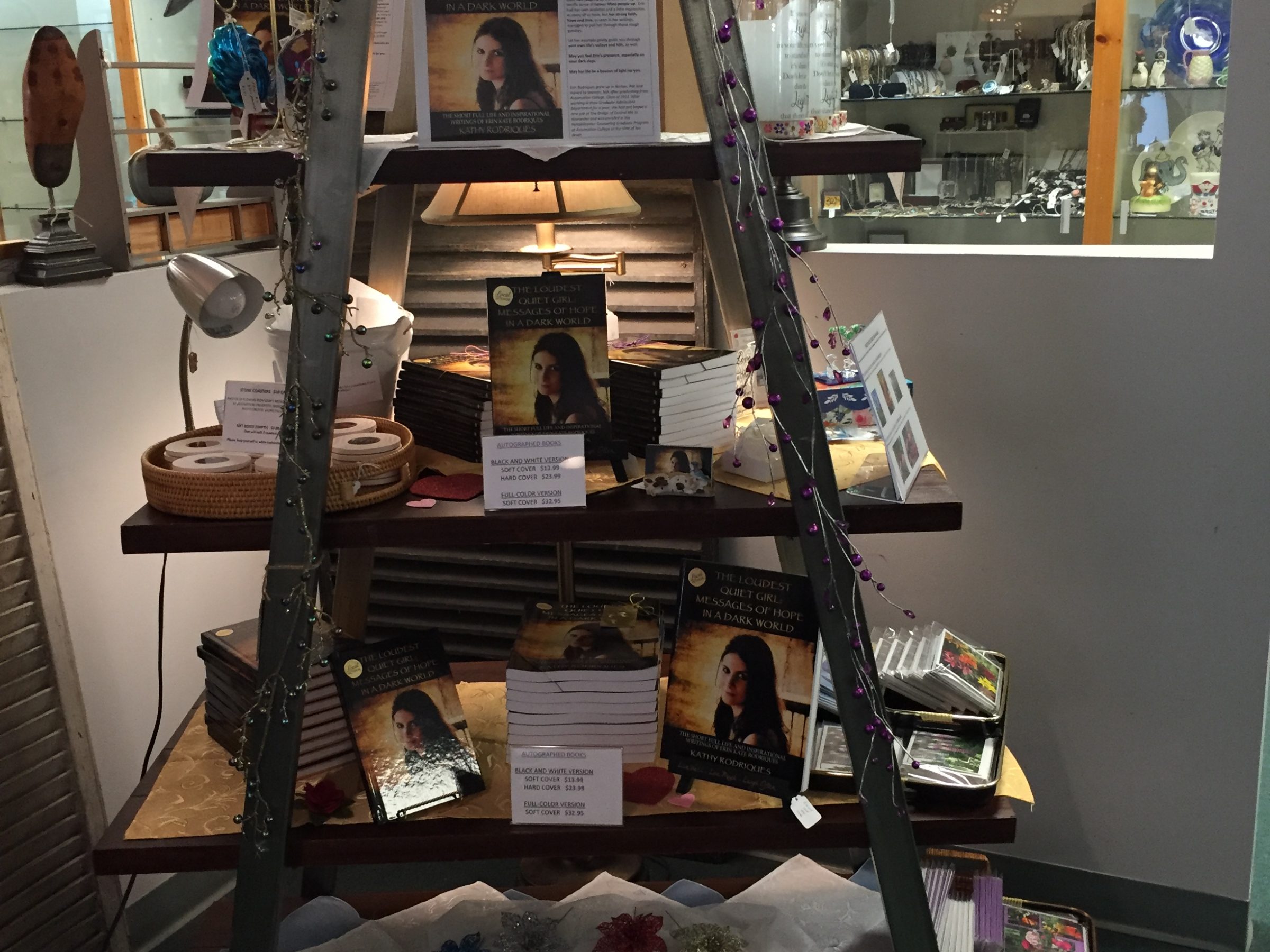 In May of this year, I received a phone call at The Anchor from a woman who entered my life for the first time and left an immediate mark on my heart and soul. A friend for life I would say.

Her name is Kathy Rodriques of Norton and she called to share about a book that she had recently written and published, but it’s the subject matter is what left an indelible mark on me.

Kathy and her husband Abel had one remarkable, loving, friendly, caring child, Erin. They still have her, only Erin is with the Heavenly Father now. In 2013, at age 23, and just five months from getting married to her fiance, Josh Moore, Erin tragically lost her life in a car accident during a snow and ice storm in Spenser, Mass.

Obviously Kathy, Abel and Josh lived the nightmare of the tragedy of the loss of a wonderful young woman.

Erin was a typical child, teen and college student. She had her fears, her anxieties, her joys, her hopes, her illnesses, and frankly, her whole life ahead of her.

The Rodriques had been parishioners at St. Mary’s in Norton and also at St. Mary’s in Mansfield. Erin was confirmed by Bishop Sean P. O’Malley, OFM Cap., and she received her first Penance and Communion from family friend, Father Greg Mathias. And years later, when scheduled to marry Erin and Josh, instead Father Mathias celebrated her funeral Mass.

A display of the biography and writings of Erin Rodriques at Four Echoes in Seekonk will be there for the month of September.

Remarkably after Erin died, Josh shared a collections of journals Erin was keeping since her teen years. And as Kathy told me she, couldn’t believe how deep, thoughtful, insightful and inspiring her writings were from such an early age.

Reading through some of Erin’s writings, I found a very strong common theme: everything is in God’s hands and to see things as God sees them.

Erin said in her writings that she hoped that they would some day lift up someone who needed it.

Kathy and Abel, despite the devastating loss, courageously opted to share Erin’s story and her writings, with Kathy as the conduit.

I plan on writing a feature for The Anchor in the near future, so I’ll eschew giving all the details of the publication, other than, despite the sad story line, it is filled with hope and inspiration and a warm and unforgettable read.

The reason I bring up Kathy, Abel and (forever) Erin now is that Kathy’s labor of love, titled, “The Loudest Quiet Girl: Messages of Hope in a Dark World,” is available to all, even though the release in January of 2020, the cusp of the pandemic, was bad timing as far as getting the word out about the book.

Well the Rodriques are not people who can let Erin’s story go untold. Kathy recently emailed me and told me that the book of Erin’s life and writings is available during the month of September at Four Echoes in Seekonk, who gave them the opportunity to be featured for the month. Four Echoes is a non-profit vintage shop at the Grist Mill, 380 Fall River Avenue.

I’m writing to encourage folks in the area to please try to visit while the display is there.

Erin’s all-too-short life was not in vain and she will always be remembered, but so many more people can benefit from her simple wisdom and messages. To me, she is much like the Gospel writers who took what God told them and shared it with others.

At the tender age of 15, Erin wrote in her journal, “I hope that whoever may be reading this in the future, if you are going through a hard time or do in the future, please NEVER lose hope! God is always there for you and He will never leave your side.”

I encourage anyone who can make it to Seekonk, please do so. For those who cannot, please visit Kathy’s website at www.KathyRodriques.com.

Erin most likely, has a message for you there.